“Jack Wattley – worlds most renowned discus breeder. Gabriel Posada has been running the Miami hatchery since 1997. We have been providing top quality discus to hobbyists and stores around the globe”. “The discus is a beautiful flat round fish found through the Amazon basin of South America. For many years it was one of the most difficult species to breed”.

Nearly 60 years ago Jack Wattley had a dream, he went to the Amazon and brought back wild caught discus from different parts of the Amazon which he personally collected and brought back to Florida (USA) His goal was to raise them in captivity. He started cross breeding discus and developed different color morphs. Till this day he is known as the creator of blue turquoise, better known as the Wattley Turquoise among others.

In 1991, Gabriel Posada met and purchased Red Panda’s from Wattley, a year later those 6 discus turned into 3 breeding pairs. 2 years after the purchase Jack had a mishap with a Raccoon getting into the fish room and killing his last breeding pair of Red Pandas. Wattley kept records of the fish he sold and tried to reach out to several of his customers who had purchased this strain.

One of the only local people who had purchased this strain from him was Gabe Posada. Once he contacted him to attempt to buy back the fish in order to reproduce them again, he received the surprise of his life, Posada had managed to breed the strain and already had another 15 breeding pairs from the offspring which he raised. It was then that Wattley saw the opportunity to get help with his breeding program and exactly 23 years ago the partnership between Gabe Posada and Jack Wattley was forged. Soon after Jack discovered Gabriel’s passion for the discus and tested his knowledge constantly.

Gabe used the implementation of his previous career which was engineering, to create his own water filtration systems and other tools. They started a partnership that has improved and developed over the years, and today, Posada still follows and respects the Wattley method enriched by his own contributions. Gabe Posada, “Operations Manager” of Jack Wattley Discus.

We are proud to be able to offer hobbyists around the world our discus strains, and also our expert advice which will make their hobby easier to understand and therefore to enjoy!

Count on us to be here when you need us. 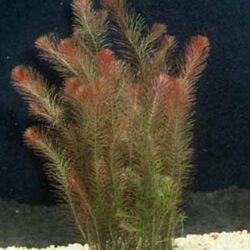